(i) They need food, air and water.

(A boy eats ice cream, animals eat grass and flesh of other animals, birds eat grains and insects etc.) (ii) They can move, Human beings and animals move on their own, Plants cannot move but show movements.

Example: Human beings, animals, plants. (iii) They can grow over a period of time.

(Infants grows into adult, kitten grow to become a cat. (iv) They can breath

(v) They can reproduce (vi) They grow old and die.

Air and Water   Air and water are two very important things for our life. We can live for few days without food, but we cannot live for a moment without air.   Air Air is a mixture of gases. It is all around us. We can neither see it nor can touch it. Bid we can feel it's presence. You can understand this from one simple exercise. Take a balloon. Blow air into it. The size of balloon will increase. This shows that air causes the balloon to blow. Now take a pin and prick the balloon. All the air will come out and the balloon will fall flat.

Air makes the life possible on earth. Not only have human beings, even plants and animals also needed air to live.   Water Water is a liquid. It is colourless, tasteless, odourless and is very necessary for our life We need water for: (i) Drinking (ii) Cleaning (iii) Taking bath (iv) Various household works (v) Growing plants (vi) Our factories and industries and for many more purposes.   Sources of Water Rivers, lakes are the sources of pure water. Wells are the sources of ground water. Tap water that comes to our homes is collected from rivers but first purified in water plants and then supplied to us. Seas and oceans are the big water bodies. But we cannot use this water for drinking because water of seas and oceans is very salty. We should drink clean water. Because drinking unclean water may cause many diseases.
Catgeory: 1st Class

My Family and Relatives 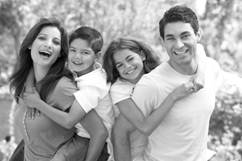 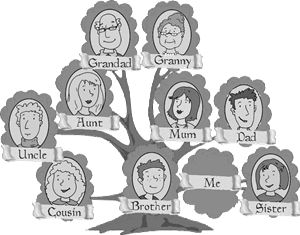 Structure of family tree                                         If you count yourself, your mother, father, your sister and brother as a family, then other peoples shown in the diagram are your relatives. Every member of a family, whether it is a small one or a large joint family, has a very important role to play and needed by all the other members. Similarly a family has important role in the area in which it stays and other families depend on it. These families, when taken together, form a society. The members of a family have many things in common. They look similar, talk and behave in a similar way. Some members of a family are sometimes affectionately called by a short name, which is known as pet name or nick name. Some families follow certain practices which may not be followed by other families. Such practices are called customs of the family. Our family and relatives are the important part of our life. They help us in our physical and mental development.
Catgeory: 1st Class 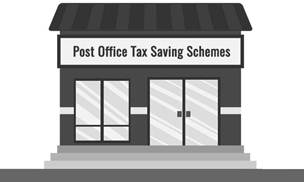 School A place where we study and learn. 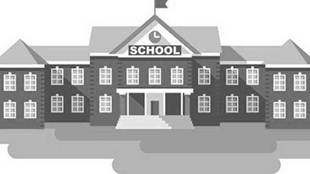 Hospital A place where doctor treats us when we fall sick. 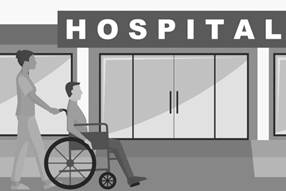 People who Help Us

Teacher: Teacher teaches us different subjects. Gardener: He keeps our garden and playground proper and grows plants and grasses wherever required. 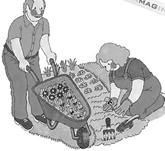 Sweeper: He keeps our classroom and school campus clean and tidy.

Gate keeper: He takes care of the school gate and keep records of the people visiting our school. Principal: Principal is the head of the school. Librarian: He takes care of the library of our school.   Our Pets Many people keep some animals in their houses. These animals are called pets. Some people keep fishes, some keep parrots, some dogs and cats at their homes as their

Good Habits and Safety Rules   Safety Safety is the state of being safe from any kind of harm or danger. For safety we have to follow some safety rules which are as follows:

Cross a road at zebra crossing                always follow traffic rules     v    Habit Habit is a routined behaviour that is repeated regularly and when a behaviour is repeated again and again, the process is known as habit formation. Habits can be of two types: good habits and bad habits.   Some Good Habits

Mental Aptitude   Introduction In mental aptitude, there are questions in which you have to think about the question in a logical way. The questions of mental aptitude may be based on numbering of alphabets, completing the patterns of drawings or shapes, finding the missing figures or finding the number patterns. There is a certain relationship between the things.   Given in the patterns. You can easily answer such type of questions by observing that relationship given in the questions.   Concept of Patterns In this chapter you will learn various patterns based on shape, size and number, patterns are particular arrangements.   Ascending Order Pattern It is the sequence of number from smaller to bigger. Let's see the following patterns of pencils shown below:

Here number of pencils in each consecutive figures is increased by a gap of 1. It's a forth counting from 1 to 6.                            Descending Order Pattern It is the sequence of numbers from bigger to smaller. Let's see the following patterns of pencils shown below:

Here, number of pencils in each consecutive figures is decreased by a gap of 1. It's a back counting from 6 to 1.   Pattern Based on Rotation Let us see another following patterns:

Here, each shape is rotated anti-clock wise direction in each next step. Or, we can say that each next figure is turned to its right.   Let's see another example:

Clothes We Wear   We all love to wear colourful clothes. It covers our body. It also protects us from insect bites, from cold in winter and from heat in summer. Do you know that in ancient days what people used to wear? They used to wear tree leaves and skin of animals as clothes. 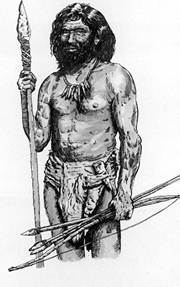 But today we wear clothes of various varieties and colours. Clothes worn by male and female are different.   Male Wear

Jacket We wear a raincoat when we go out in the rain.

Rain Coat   We wear school uniform when we go to school. 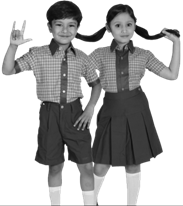 People in different parts of the world dress differently.

Living and Non - living Things   Our world is full of living and non-living things. 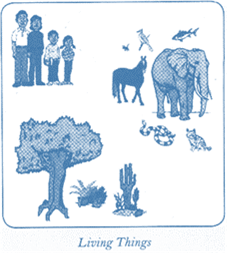 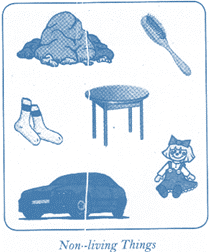 Human Body   Human beings are living things. We take food when we are hungry. We drink water when we are thirsty. We feel pain when someone hurt us. Our body is like a living machine. It grows in height and size with age. 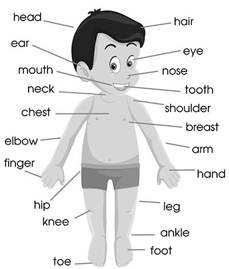 Legs help us to walk and run.

Hands help us to hold things, take our food and to do other activities.

Fingers help us to hold our pencil and write.

Tongue helps us to taste food.

Plants   Plants are living things. They can grow but they cannot move. Types of Plants Big Plants Tree: Big and strong plants are called trees. For example, Banyan tree and Mango tree.