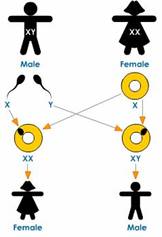 We know that new species arise from pre existing species with modifications. The favorable changes appear due to the use or disuse of organs, over a long period of time. The traits which develop in an organism due to external environment is called acquired traits. The acquired traits of an organism cannot be passed on to their future generations. Only those traits can be transmitted from one generation to the next, in which, changes have occurred in the genes present in the reproductive cells of parents. The changes which occur in non reproductive cells of an organism cannot be inherited from one generation to the next, 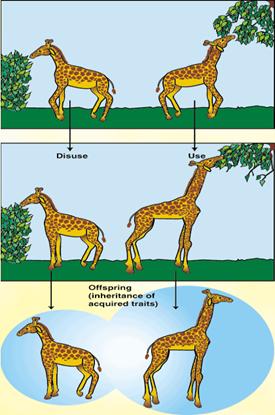 The traits which are transmitted from one generation to the next, due to the change in its gens, is called inherited traits. For example, the colour of red beetles changes from red to green during reproduction. This change of colour in the beetles has been due to change in the genes of the reproductive cell.

The transmission of traits from one generation to the next is called:

Which factor determines the appearances of an organisms:

Which plant did Mendel's chose for his experiment to study the laws in inheritance?

Which one is the ratio of each phenotype of the seeds in F2 generation?

Read the statement given below regarding the results of Mendel's experiment and identify which one of the following is correct?

Statement 1: Whenever two traits of a character crossed, the \[{{F}_{1}}\] plants showed only one of the traits and the other traits never appeared.

(d) Statements 1 and 2 both are false