(a) Sedimentation is the process of settling down of an insoluble solid in a liquid at the bottom of a container.

(b) Decantation is the process of separating out the clear liquid on the top without disturbing the sediment. This process is only done after sedimentation.

For example, a mixture of sand and water is left for a while. The sand settles down and forms a layer at the bottom, this is sedimentation. And when clear water is poured into another vessel without disturbing the sand at the bottom, it is called decantation. 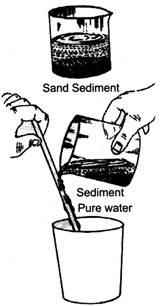 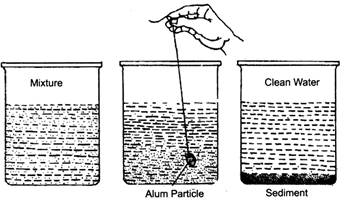 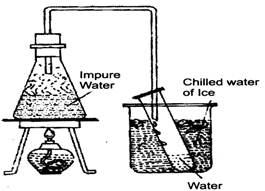