We observe in our daily life various moving objects like cars, buses, water flowing down etc. We also often talk of how fast or slow, an object is moving by comparing the distances travelled by the objects in a given time interval. In this chapter we shall learn to describe moving objects and measure various physical quantities.

If the position of an object changes with time relative to its surroundings, it is said to be in motion. A bird flying in the air, and a ball rolling on the ground are a few examples of objects in motion.

The same object can be at rest or in motion at a time. A person sittings in a' moving train is at rest with respect to the other passengers in the train but he is in motion w.r.t. a man standing on the ground.

For e.g., a person goes to the market which is 1 km away

from his home (assume path is straight line) then the distance and d is placement both are 1 km but when he reaches back to home the distance covered by him is 1km + 1 km = 2 km while the displacement is 1 km- 1 km= zero as he comes back to his initial point.

Another example can be consider, a body moving in a circle of radius r. Then the distance covered by the body after completing one revolution is 2pr which is the length of a complete circular path while displacement is zero.

(2) Translatory motion: When a body moves as a whole such that every point on it moves through the same distance per unit time, it is said to be in translator/motion. For e.g., a ball rolling down an inclined plane is intranslatory motion.

(4) Circular motion: Motion of a body in a circular path is called circular motion. The body moves such that its distance from the center of the circular path remains same. For e.g., revolution of earth around the sun, a car following a round about etc.

(5) Rotatory motion: If a body moves in a round path without changing its position from one point to another, then its motion is called rotatory motion. For e.g., a spinning top, rotation of earth etc.

Uniform and non-uniform motion can be rectilinear or circular

OBJECTS HAVING MORE THAN ONE TYPE OF MOTION

Uniform motion: An object is said to have uniform motion if it travels equal distances in equal intervals of time.

Example: Motion of a train, when it approaches towards a station.

For e.g., a person goes to the market which is 1 km away

from his home (assume path is straight line) then the distance and displacement both are 1 km but when he reaches back to home the distance covered by him is 1 km + 1 km = 2 km while the displacement is 1 km- 1 km = zero as he comes back this initial point.

Another example can be consider, a body moving in a circle of radius r. Then the distance covered by the body after completing one revolution is 2pr which is the length of a complete circular path while displacement is zero.

The actual length of the path covered by an object is called distance. Its S.I unit is meter (m).

The shortest distance between the initial and final position of a body is called displacement. Its S.I. unit is meter (m)

Distance covered by a body per unit time is called speed.

It is the displacement per unit time

The rate of change of velocity of a body is called acceleration.

If 'u' is the initial velocity of a body and after a time interval 't', it acquires a final velocity 'v', then change in velocity

In a good vacuum where air friction is legible the paper and coin truly fall with the same acceleration, regardless of the shape or weight of the paper.

MEASUREMENT AND ITS NEED

To buy a piece of cloth, to buy vegetables, to know the amount of sugar to be added to a cup of coffee, we need measurements. A quantity which can be measured is known as Physical quantity.

Measurement is the comparison of unknown physical quantity -with a known standard quantity of same kind.

The result of measurement is expressed as the numerical value 'n' and the unit 'u'.

For e.g., length of a cloth is expressed as L = 2m. The numerical value tells that how many times a standard quantity is contained in a given physical quantity.

A standard unit is a standard measure of some definite and suitable quantity which remains the same at all times and all places.

The system of units which is internationally accepted for measurement is abbreviated as SI (International system) units. The SI system was developed by General conference on weight and measures in 1960 for international usage.

MULTIPLES AND SUBMULTIPLES OF UNITS

The second is defined as the 9192631770 times the period of oscillation of radiation from the cesium atom.

Temperature: (Hotness or coldness of a body)

To convert °C to °F or vice-versa, the following relation is used:

Length is defined as the distance between any two points.

The S.I. unit of length is meter.

Smaller lengths are measured in centimeter (cm) or millimeter (mm). Larger lengths like distance between two cities is measured in kilometers (km).

One light year is the distance travelled by light in vacuum in one year.

For accurate measurement the eye of the observer must be in front of the point of measurement. If the position of eye is wrong, then the parallax error tends to occur.

For measuring the length, breadth or height of a cuboidal box metre scale can be used.

Metre rod is usually used by the cloth merchant to measure the length of a piece of cloth.

Tailor use a tape to take the measurements of different parts of body of a person.

For correct measurement, zero (0) mark of the scale must be coincides with the one edge of the object whose length is to be measured.

Accuracy of physical balance is not affected by gravity.

Kilogram is defined as the mass of a specific platinum-iridium alloy cylinder kept at the international Bureau of weights and measures at Severs France.

Volume is the space occupied by an object. An object of regular shape like cube or cuboid will have length (1), breadth (b) and height (h). Therefore volume can be measured by determining the length of each side and using the formula volume \[=l\times b\times h\]

Volume of an irregular object can be determined by immersing it in water.

Mass is the quantity of matter contained in a body. The S.I. unit of mass is kilogram (kg).

Mass is measured by a beam balance or a physical balance.

Physical balance measures the mass of a body by comparing it with a known standard mass.

Both arms of the physical balance are of equal length. So using the principle of moments, in equilibrium masses in both the pans of the balance should be equal. Hence with the help of a known mass in one pan, mass of an object in the other pan can be determined. 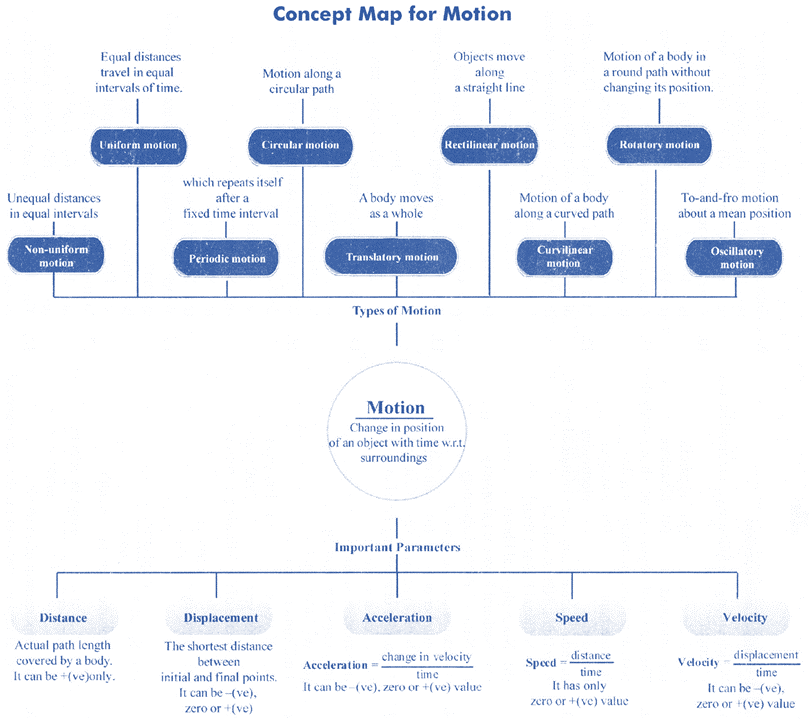