This lesson will help you to:-

The world is filled with movements. Some movements (motion) just happen. The earth revolves around the sun, snowflakes fall to the grounds etc. Some motions we can control, like we walk, pickup things, play etc.

A body is said to be in uniform motion if it covers equal distance in equal interval of time. 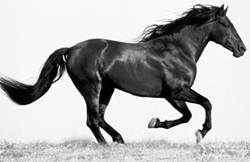 Misconcept: Things fall because you let them go, but to go up you have to push them up.

Concept: Gravitational force works on all objects. Any object that goes up is attracted back towards the Earth due to the strong gravitational Force.

Misconcept: If an object is at rest, no forces are acting on the object.

Concept: Even when an object is at rest, there are forces acting upon it.

Misconcept: An object that moves has the ability to do so by itself

Concept: An object moves when any force (push or pull) is acted upon it.