Force is required to move or stop an object from its current state. If a car is running on the road, driver applies a force on the break to stop the car. Again, force is also required on the accelerator to move the car form its rest. In both the conditions, the force is required. The unit for the measurement of applied force is Newton and it is represented by the first letter of its name, N.

Direction of possible displacement by the body P on resulting force

Let us know about the different types of forces in detail.

Everything is attracted by the Earth. The force with which the earth's pull the things towards itself is called gravitational force.

If an object is thrown upwards, it comes down on the earth due to the gravitational force.

The force applied by a magnets on other magnetic materials is called the magnetic force. When an iron piece is placed near a magnet, it attracts the iron due to its magnetic force.

Two magnets can attract each other or repel each other. In both the conditions, the force which works between them is called magnetic force.

Look at the following picture of magnetic field around a magnet: 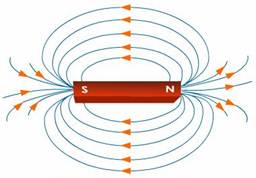 Look at the following picture to understand the force of friction:

Calculate the resulting force and direction which the door moves in the picture below.

What would be the resulting force, if two equal forces act on the body in opposite direction?

(c) 2 times of the applied forces

If two equal forces are applied on a body then the resulting force on the body is always zero. Therefore, option (A) is correct and rest of the options is incorrect..