2. The three states of water

A natural phenomenon is an event that occurs naturally. Natural phenomena cannot be controlled by humans but they affect the humans in many ways.

Some of the natural phenomena are rain, lightning, thunder, earthquakes, storms etc. In this chapter we will learn about formation of clouds, rain, lightning and thunder.

Water which is fit for human consumption and can be used for agricultural purposes is just 2.6% of the total.

THE THREE STATES OF WATER

Water exists in three states viz solid (ice or snow), liquid (water) and gas (steam/water vapour). All the three states are observed in our everyday life. The three states of water are inter convertible. Ice changes to water through the process of melting, melting point of ice is 0°C. Also water at 0°C can change to ice and process is called freezing.

Three states of water and their inter conversion

Similarly, water on heating to 100°C starts boiling and changes into steam.

You can see snow on mountains. Snow is a natural form of ice. Snow melts and the water flows down through the hills.

We observe in our surroundings that water from sea, lakes, ponds, plants, etc. water evaporates all the time (especially in summer), and the evaporated water goes into the air as water vapour.

A very common observation is formation of water droplets on a glass containing cold water or ice cubes. It happens because the water vapour present in the atmosphere changes (condenses) into water drops on coming in contact with the cool glass.

Antarctica is the driest continent on the earth.

Rain on venues is made up of sulphuric acid and due to intense heat there, is evaporates before reaching the surface.

The air around us is moist. It is because water keeps on evaporating from the water bodies such as lakes, rivers, sea etc. on the surface of earth. Though we cannot see the water vapours as they are invisible but we can always feel them. For e.g. on a hot and sticky day in summer, or on a cold foggy day of winters, we can feel the water vapours all around us.

The warm air holding water vapour in a large amounts starts rising up. As they rise up the water vapours begin to cool and condense over the dust particles present in the atmosphere and form clouds. Thus they form millions and trillions of water droplets. The clouds are nothing but just a collection of tiny water droplets floating in the atmosphere.

Further the water droplets grow in size acquiring more of water and become heavy. Some droplets combine with other droplets become heavier.

A stage comes when the heavy water drops can no longer be retained by the clouds and so they start to fall as drops of water. This is called rain.

Sometimes raindrops, while pouring down through very cold regions, freeze into ice crystal. These ice crystals fall on earth as hail and snow.

It is only 0.01% of water found on the earth is finally used by the living organisms and it is this percentage only which contributes to the process of water cycle.

Snow on hills melt and flows down to rivers. Rainwater available on land as spring, lakes, ponds, puddles etc. Rivers flow into sea. The water from these water bodies on earth evaporates as water vapour (evaporation). Water vapour rises up with air to form clouds and clouds on cooling (condensation) bring about rain. Thus the cycle goes on. This movement of water from the atmosphere to the earth and back to the atmosphere is called water cycle.

Thunder can be hear from about 12 miles from the starting point.

During rains, a bright flash of light is seen in the clouds. It is known as lightning.

Lightning is a phenomenon that occurs due to atmospheric electricity where a flash of light is accompanied by a thundering sound.

When the constituent particles of clouds collide with each other, charge is created due to friction. A layer of electrons (negatively charged particles) build up at the bottom of a cloud and make it negatively charged. While the other water droplets which now lack electrons move up and gather forming a positively charged layer at the top of the cloud. Thus a charge separation is created. When these charges become adequately powerful, the electricity is discharged towards the earth which results in lightning.

Average temperature of lightning is about 20,000oC.

Lightning is an electrostatic discharge between the oppositely charged regions within the clouds.

The lightning is followed by a loud sound called thunder.

It happens because when lightning travels through the air it heats the air and makes it to expand. The air then quickly contracts on cooling. This rapid movement of air produce the loud sound known as thunder.

Lightning on striking the earth can cause a lot of destruction and kills people.

The damage due to lightning can be prevented by installing lightning conductors on top of buildings. 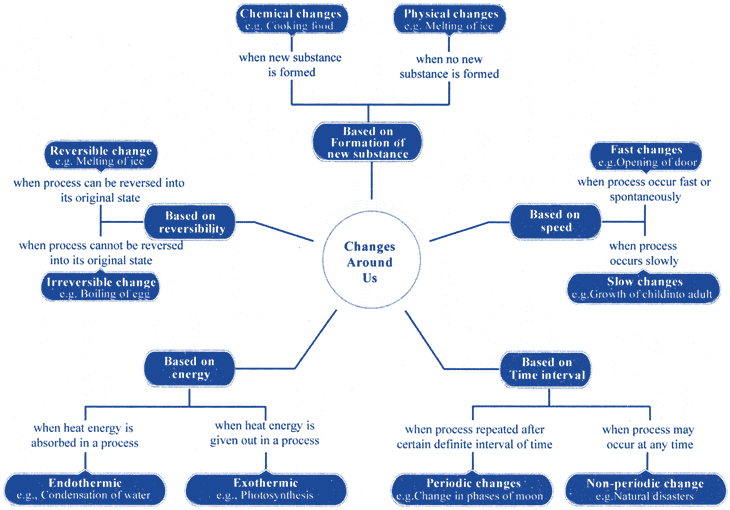