Mental Ability: The power to learn or retain knowledge, in law, the ability to understand the fact and significance of your behavior.

Look at the example given below

8.            Series of each term is multiplied by a fixed number or certain pattern to get the next number.

An arrangement of letters which follows a particular rule / pattern is called alphabet series.

Look at the examples given below

Solution: The pattern is as follows:

Sometimes the questions based on ranking test are puzzle type.

total no. of students}

Solution: Rohit's rank from the start or front =18th

So, Rohit's rank from the last 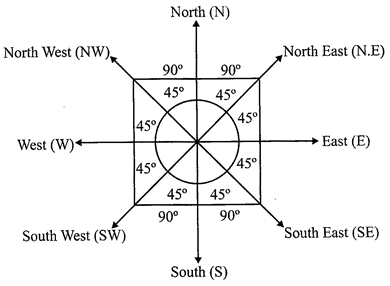 ABC is a right angled triangle in which 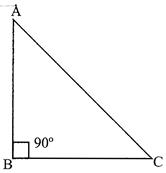 Let us see the example

Example: 1 Rohit starts walking from his home southward a distance of 20 metres. He then took a half turn torwards right. In which direction is he walking now? 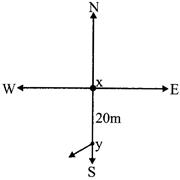 Rohit starts from x towards south and reach y after covering a distance of 20 m. He then takes half right turn and now his position is toward. 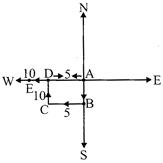 A is the starting point goes to B. Then moves to C, then to D and finally he is at E. So, he has to go back a distance EA which is equal to