Point: Point is a mark of position, it is made by sharp tip of pen, pencil and nail.

(i) Surface of a blackboard in your class room.

(ii) Floor of the classroom.

Note: A plane has length and breadth.

A plane has no thickens or boundary.

Passing through a point an infinite number of lines can be drawn. 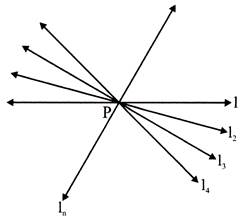 Some more part of Angle

Two lines which never meet, even when they are extended infinitely, are known as parallel lines.

A straight line which intersect two or more given lines at different points is called a transversal. 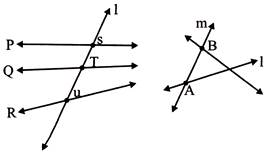 Classification of angles formed by a transversal

If two parallel lines cut by a transversal then some angles are formed. 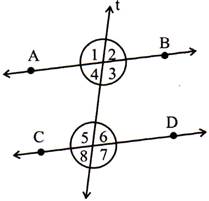 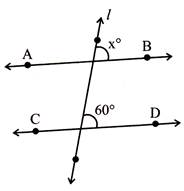 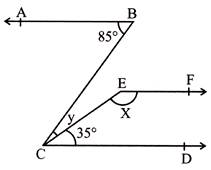 Now, \[EF||CD\]and CE be the transversal then

A closed figure bounded by three line segments is called a triangle. 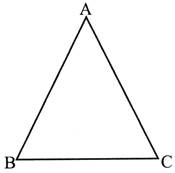 Classification of triangles according to the side 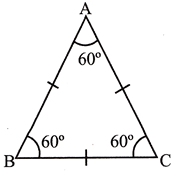 Classification of triangles according to the angles 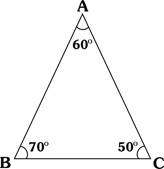 A triangle in which one of its angles is a right angle is called a 'Right angled triangle'. 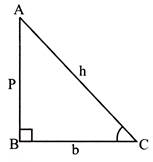 A line segment in which joins a vertex of a triangle to the mid-point of the opposite side is called a median.

A closed figure bounded by four line segments is called a quadrilateral.