Anything which occupies space and has mass is called matter. Amount of matter present in a body is called the mass of the body. Mass of a body is constant and remains same, even in the space. Volume is the amount of space, which is occupied by the body or an object. Amount of occupied space by an object is called its volume. The whole universe is made up of only two things, matter and energy. 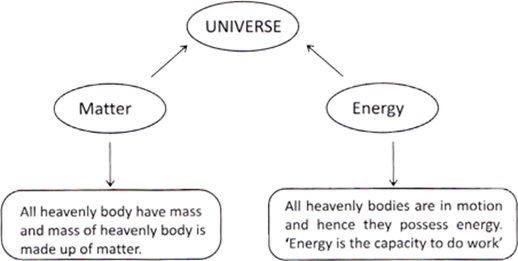 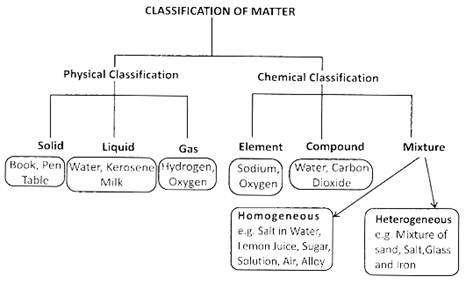 Properties of Three States of Matter

Intermolecular distance is more than solid

Force of attraction is least

More solute can be added by heating the saturated solution. Solubility of a solution is increased on increasing the temperature.

Element is the purest substance, which is made up of the same kind of atoms e.g. Hydrogen, Oxygen etc.

Compound is formed when two or more than two elements are combined chemically in a fixed ratio. E.g.

Mixture is just the physical combination of two or more than two substances and not in any fixed ratio. For example air is a mixture. Salad is also a mixture of many fruits and vegetables.

Look at the following picture of the mixture of pulse and water: