This chapter is based on four distinct concepts:

Rule/Pattern may exist in the following ways:

(i) Series of odd number:

(ii) Series of even numbers:

(v) Series of squares of even natural numbers:

Therefore, you should have the following at finger tips:

Example: The three blanks in the sequence can be given by (if the last blank contains ?G')

Similarity the gaps can be filled up as:

In many questions, term 1 is related to terms 2 by some relationship.

This can be represented as

Here, the analogy was based on states of India and their capitals. Similarly, analogy could be based on. 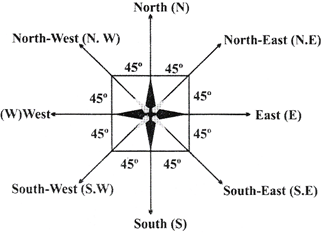 Sol. This is best solved by drawing North-South direction axis. Consider the person at origin. 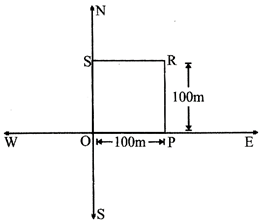