(1) Protozoans : In protozoans like Amoeba and Paramecium carbon dioxide and ammonia are mostly excreted out by diffusion through general body surface. It is considered that the contractile vacuoles also play some role in the removal of excretory products.

(2) Sponges : In sponges, the nitrogenous metabolic waste (ammonia) leaves the body in the outgoing water current by diffusion.

Most of the sponges are marine and have no problem of surplus water in their cells. A few sponges lie in hypotonic fresh water and have contractile vacuoles in most of their cells. 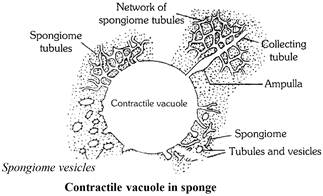 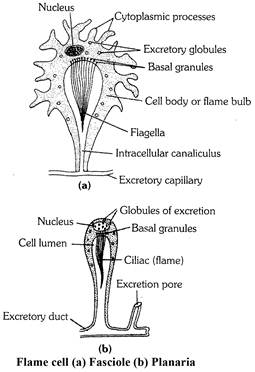 (5) Nematoda : The round worms such as Ascaris have H-shaped excretory system. It is made up of a single Renette cell. in entire length of body. It consists of two longitudinal excretory canals connected anteriorly by a network of transverse canals. A short terminal duct opens outside via excretory pore. Ascaris is excretes both ammonia and urea. 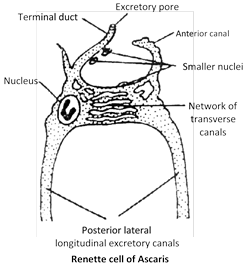 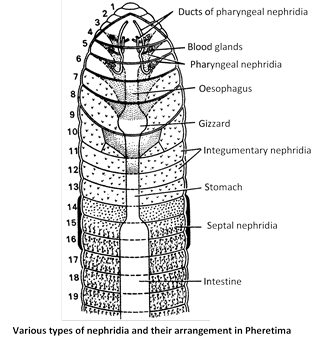 (7) Arthropods : The excretory system of the adult Prawn (crustacean) consists of a pair of antennary or green glands, a pair of lateral ducts and a single renal sac. 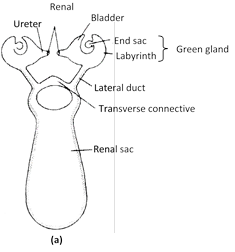 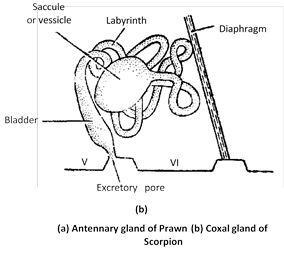 (8) Molluscs : They have one or two pairs of kidneys or organs of bojanus and keber's organ for excretion in unio. 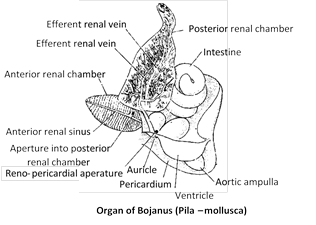