There are eight directions. 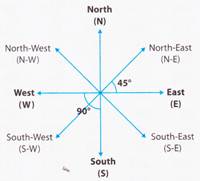 Anticlockwise   : The opposite direction of the movement of the hands of a clock.

Ram's house is at A. His movement is: 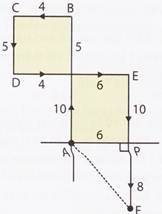 The final position of Ram is at F.

Clearly, F is now in South-East from his house at A.

Thus, Ram is 10 km away from his house and in South-East direction.