Fifth flower left end is T and fourth flower to the right of T is X.   III. If T is removed from the series, then the flower more...
Catgeory: 4th Class 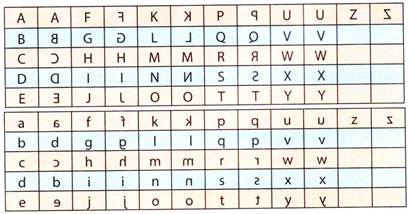 Mirror image of numbers 0 to 9

EXAMPLE   1.    Find the mirror image of figure (X), if mirror is placed vertically to the right.

2.    Find the mirror image of given below combination of letters.

2.     How many horizontal lines are there in the given letter? 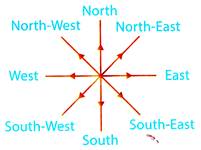 turn to the right. Where will she be facing now? 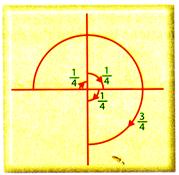 turn, she will be facing school, in third

turn, she will be facing field.       2.         An ant started from a certain point It took the following route and finally found its way back home. 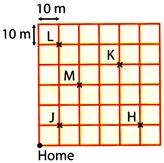 Explanation (b): Number inside the figure is twice the number of sides of the figure.
Catgeory: 4th Class

This is our pet. This pet is ours.   Answer: Ours

This is your book. This book is Yours   Answer: Yours

This is my painting. This is mine   Answer: Mine

Fill in the blanks with the possessive form of the noun given in the bracket.

Possession In Case of Pronoun

Possession In Case of Pronoun   Pronouns which are used to replace a noun and to show an ownership or possession is called possessive pronoun.

Analysis In sentence 1, mine shows possession and we know that mine is a pronoun. So, it is called a possessive pronoun.

NOTE: We never use apostrophes in possessive pronoun.

The table given below shows a list of possessive pronoun   Of these, mine, ours, yours and theirs are of common gender, that is, they can be used both for males and females. His is masculine; hers is feminine, and its is used for lifeless things and animals. Its is not used usually.
Catgeory: 4th Class

Possession in Case of Noun

Possession in Case of Noun